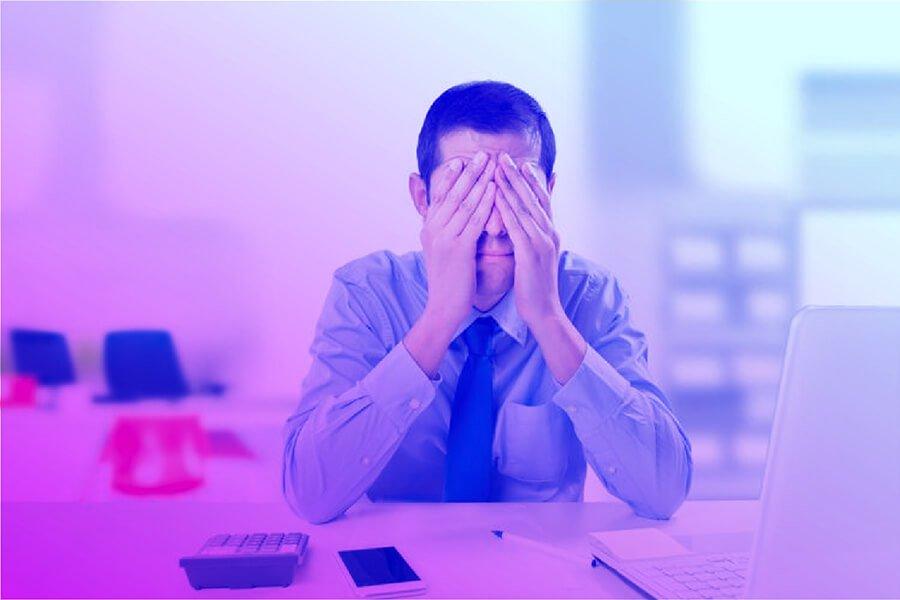 When building your ad strategy, it’s crucial to have a plan for controlling the ad fatigue. “The more the better”, said no performance-based advertiser ever. You cannot undo the harm of showing your ads too often. In this article, we will talk about ways how to work with advertising fatigue: switching creatives, Facebook Audience Overlap Tool and so on.

The smallest trouble that can happen is that a user stops paying attention. There would be no use of your ads then. But if you manage to irritate your audience, you’ll not get only ad fatigue but the negative reactions as well. People will start hiding your ads or leaving angry comments. 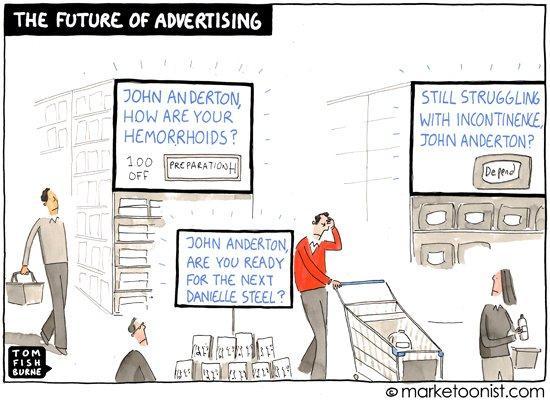 Negative reactions reduce the effectiveness of your ads and might even kill off your scaling. It’s better to avoid all possible ways of audience fatigue in advance.

How can you predict ad fatigue before it happens?

Read 3 options below how you can do it.

No. 1. Check the size of your targeted audience and its presence online

Small audiences with detailed targeting can be profitable in your particular case. But they require you to adjust the daily budget accordingly with due attention to the user presence online.

If your target audience (TA) goes online often, you have an option to show your ads to all relevant users sooner and finish the ad delivery.

If the needed TA rarely appears online, the system will need more time to find all the right users. Lower the daily budget then. After the first round of impressions, the rest sum will go to repeated delivery to the same users, which leads to advertising fatigue.

If you have enough data for the optimized ad delivery, then instead of lowering the daily budget, you can expand your targeting. The system will search for users who are more likely to perform the targeted action among the wider audience. Provided that the necessary users come online rarely, expanding the audience with the optimized ad delivery will save you from waiting for the results until forever.

What can you configure in advance?

Evaluate your potential reach when creating an audience and enter the appropriate value in the daily budget field of your ad campaign. Once all relevant users see your ads with an adequate frequency per day, you exhaust your original audience.

Further, if users actively go online, you can change your message. If user presence is quite weak, with an optimized ad delivery, you can expand the audience to cover even more people.

No 2. Switch the ad creatives

Switching the ad creatives allows you to keep the same attention level of the current audience while preserving the stable growth of the ad campaign results. The sequence and the time of switching your ad creatives depend on the communication strategy you have drafted.

What can you plan in advance?

You need to know when and what to offer, in accordance with your marketing model and the funnel stages. However, it’s impossible to foresee everything in advance. Some valuable data may come up only during the direct ad delivery.

How do you understand it’s time to change an ad creative?

You need to monitor the various indicators to make the reasoned conclusions from the changes you see. The first thing, that should get your attention, are the shifts from the stable dynamics.

When the changes drop out of the established progression, check the related indicators and look for the reason.

Please note, you don’t have to wait for such a decrease to switch the ad creative. You can make a replacement to improve efficiency before your audience gets saturated.

Such switches depend on the results of your individual testings, but this would be a topic for the next article.

How to determine the start of the repeated views of the same ad creative?

The same ad creative over and over again bores the audience. When the audience gets bored, the number of actions drops. A noticeable drop in actions after the initial growth is your signal to switch an ad creative.

If you have enough data to optimize your ad delivery, another option would be to expand the audience targeting. The system will start looking for new people to see the same ad creative for the first time.

Please note, with no initial growth of interactions, it’s possible that your whole offer is not relevant to the audience. In such a case, you need to change the message or test several variants of an ad creative to find the most effective one.

No. 3. Unplanned audience overlap in targeting

This problem may occur if you set up targeting with the inclusion of different groups, without using the exclusion option. For example, the same user can simultaneously get into the group by interests and the group of website visitors.

How to prevent audience overlap with the Facebook overlap tool?

To do this, before launching an ad campaign:

You need to open the Audience tab from your Assets.

You can go to the overlap tool from the “Actions” drop-down menu. Select up to five audiences and click the “Show Audience Overlap” in “Actions”.

Some things worth noting:

In the “Audience Overlap” window, you see the visualized diagram, the number of people who got into both groups and the percentage of such overlap. This amount and the percentage show the users who fall into two audience groups at the same time. 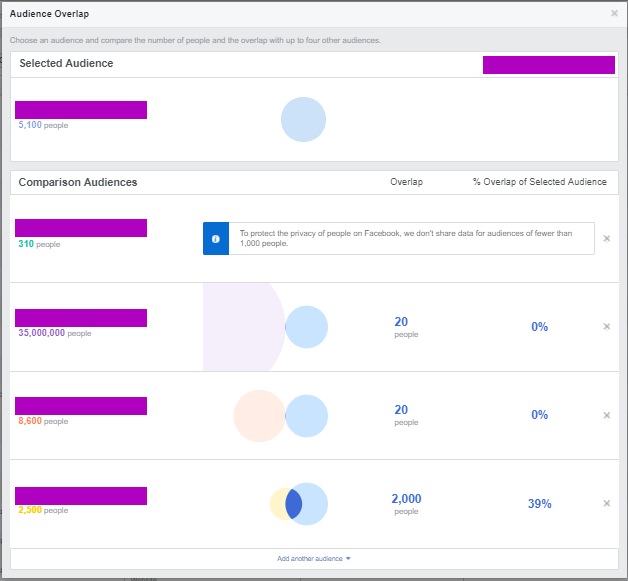 The comparison is done for two audiences, while there’s still a chance one user falls into three, four or more groups. Therefore, it’s better to perform the exclusion in an established order.

This order can be established by one of the two principles:

The option you choose depends on your marketing goals.

Next, we’d like to model an exclusion process based on the prioritization.

As you build the prioritization, the first thing you need to decide upon is the group that you want to keep solid. If you are collecting the leads, your solid core may be the users with the highest level of income.

Now, let’s look at the specific targeting exclusion process, that you perform to avoid ad fatigue.

How to exclude the audience groups by priority?

Let’s take the simplest marketing funnel as an example.

If you have an e-commerce website with the Pixel events installed, you can assign the top priority to all users who’ve made the purchase. When you don’t have enough purchase conversions, take all users who viewed the product card.

If you have the standard Pixel code with no added events, your priority core will be all website visitors.

The second place goes to Lookalike Audiences made of those people who visited the website.

The audience gathered by the Interests takes the last priority level.

The same users can get into all these groups at the same time.

Since the website visitors have the highest priority for you, this group should be left in whole, with no exclusions.

You have two groups remaining. Make one more exclusion here.

You are ready to launch an ad campaign now. As you start seeing the actual results, you can make changes in order to increase the effectiveness.

Delivery Insights let you track Auction overlap, Audience saturation, and Auction competition. The Auction overlap tab shows the frequency of the ad sets overlapping because of the targeted audiences overlap. It also shows you a specific ad set that contributes the most to the overlap.

If your ad sets contain different communication messages and offers, such overlap may be ignored. We recommend dividing the communication on the ad campaign level. The same user will be approached by different offers then.

If you have a unified communication strategy for all ad sets, the Delivery Insights will help you decide, which ad sets to merge.

Ad fatigue is easier to prevent than resolve. Protect yourself from low efficiency and wasted spends. Perform preliminary analysis and calculations.

Before launching an ad campaign, you need to consider the following aspects:

After the initial preparation, you should monitor the changes in the indicators during the ad campaign run.

If your ads are shown to all potentially interested Facebook users before the daily budget is exhausted, the second round starts for the same users. Thus, the frequency increases.

If the users see the same ads too often, they develop banner blindness or even irritation. The ad performance goes down.

Therefore, before launching your ad campaign, you need to build a communication strategy, divide your audience segments, and allocate your overall budget proportionally.

Further monitoring will help you make decisions after the launch of an ad campaign. You can then expand the selected audience, adjust the daily budget or replace the ad creative.

Subscribe to our Messenger chatbot or Telegram channel to stay tuned for the latest information on advertising in social media.