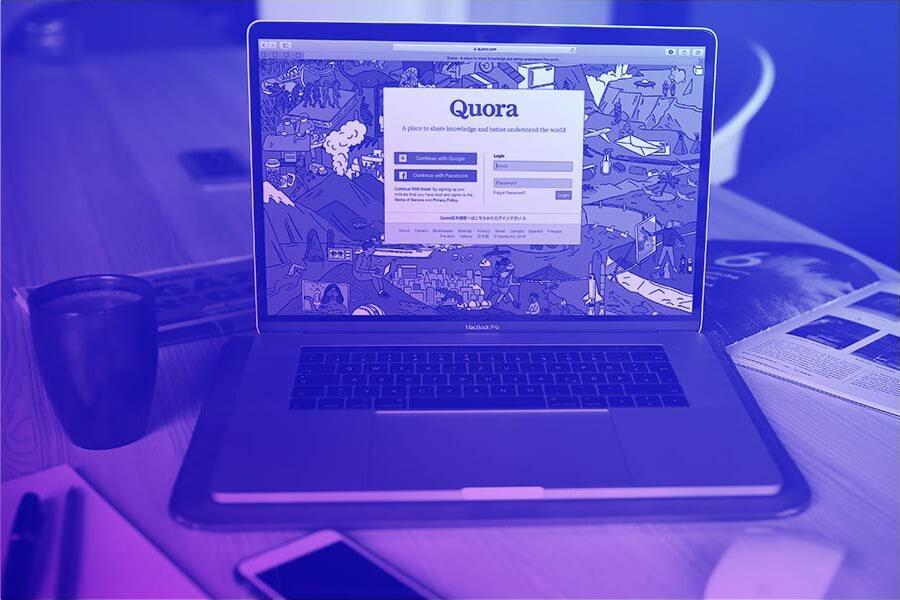 In May 2017, the Q&A platform Quora officially invited all advertisers to try out Quora Ads Manager after its beta test had been finished. Any user can now create an ad account and launch the delivery of the text ads across the platform. What can you expect from Quora Ads Manager? We tested it, and here are our thoughts.

Unlike Facebook or Instagram, Quora is not a place for a quick entertainment. Users come here to get the support, before making their decisions. That’s why the possibility of showing ads on Quora seems as a tempting option.

The problem is in how the audience is concentrated. The website is not equally popular in all parts of the world. In addition, Quora sets strict requirements not only to the content, but also to the text formatting. Therefore, before directing any spends into this channel, you need to become familiar with its specifics.

What advantages does Quora offer to advertisers?

In its official announcement of the Ads Manager release, Quora calls on advertisers to try the following advantages:

From these items, the audience characteristics raise the most questions. Quora is known for not disclosing any official info about its audience. The only official statement on demographics has been made by the CEO of Quora in 2015. According to him, among the monthly 80 million unique users, almost half is from the US, and 15% is from India.

To get a general picture of Quora audience, most use the third-party traffic estimation services, such as SimilarWeb, Quantcast and TrafficEstimate.

This is the reason why we will look for the confirmation of the claimed audience quality in the external sources. Here are the stats that Alexa provides for quora.com:

Based on the statistics for the main domain, the majority of users is the male population of the United States with the higher education.

The geography is almost completely English-speaking. The USA, Canada and the United Kingdom form the top against the minimum indicators from other countries.

The good thing is, Quora Ads Manager lets you watch your conversions closely and track the effectiveness of your advertising activity for a given case.

What you see, when you open Quora Ads Manager

The main page of Quora Ads Manager shows the results of your advertising activity in two sections: the Spending Summary chart and the All Campaigns table.

The Spending Summary lets you track the rises and falls of Impressions, Clicks, Conversions and Spends for the selected period of time.

The table with information on individual advertising campaigns contains data by the following metrics:

From the start page with the stats, you can further go to:

How to create an advertising campaign on Quora

As you get to the ad campaign creation part, you see the familiar structure:

Quora Ads Manager was released last year, and there was no reason to look for any new solutions. All advertisers can walk through the familiar setup process – from an ad campaign to an ad.

At the campaign level, you can specify:

This is useful to know about the objectives of the campaign:

You can create only one pixel, and no additional events can be added to it. If you have different types of conversions on your website, Quora Pixel will collect them all together. Another option is to select one main event, that you will be tracking.

At the ad set level, you can configure:

What targeting options are currently available on Quora

Quora targeting is divided into primary and secondary sections.

In the primary section, you can see Targeting by Topics, Questions, Audiences and Interests. These items were not all there from the start. In the beginning, only targeting by topics and audiences was available. Later, questions and interests have been added.

What you need to know about each type:

As you create an audience, you can see two options – website visitors and similar audiences (our good old look-alikes).

In the targeting section of the website visitors, you can also manage URL rules. Here you can choose to target:

The last option is a fairly handy tool, since you can show ads to all visitors of the website, except for those who have visited the Thank You page. Thus, you will collect the audience from users who have not yet committed targeted actions.

Among the options of the primary targeting, you will have to choose one. You cannot combine them, as well as exclude one from another.

In the secondary targeting section, you select the geography and the platform – desktop or mobile. Here you can set the exclusions: by geography, questions and audiences.

The last thing you do at the ad set level is setting a maximum bid, which is the amount you are willing to give in case the user clicks on an ad.

How do I create an ad on Quora?

Quora lets you run text ads only. To create a new ad, you need to fill in the corresponding fields.

On the right, next to the fields that you fill out, you will see the preview of an ad you create.

At this point, your advertising setup is almost complete. The only thing remaining is to choose the payment method.

How Quora Ads Manager is different from other ad systems

Although the steps described above are already familiar to most advertisers, the specifics of the platform lead to the specifics the setting up process for the ad delivery.

Our list of Quora Ads Manager specific features is as follows:

Our general impressions from the Quora Ads

Quora is a website with a solid community, that lives by its own rules. But the Quora Ads Manager is quite young.

This moment gives additional advantages to advertisers. Quora users have not yet developed a mechanism for ignoring ads on the website, and are more likely to pay their attention.

When you create a multi-channel sales funnel, Quora will be a fresh additional tool in the holistic picture of warming up the audience. Thanks to its integration, you can increase the number of placements, where you intoduce yourself or remind the user about your business.

Let’s sum up. What did we learn about Quora as an ad platform?

The key point is that Quora ads are now actively developing. In December of 2017, there was no Pixel at all, with only two primary targeting options.

Due to the limited geography of the platform, advertising here is unlikely to be profitable for the local foreign business. But the English-speaking online business can use such placements to complete its holistic multi-channel sales funnel.

Quora ads came out of the beta in the spring of 2017. Until last summer, few knew about the possibility of launching advertising on the website. Now many hesitate to move on to practice. Therefore, you have a chance to get some profitable conversions due to the low competition against high engagement.

Do not forget, that it’s always better to draw conclusions based on the indicators of your individual tests. Testing the channel is justified, but the effectiveness you’ll get heavily depends on the specifics of your business.

We, at Median ads team, will be using Quora in our future work. So if you’d like to learn more on the practical use of its ad system, subscribe to our blog, and you’ll read even more about the ad systems of other social media.